Our team will get back to you in 48 hours.

Thank you! Your submission has been received!
Oops! Something went wrong while submitting the form.
Let’s stay in touch

Watch what our 45K subscribers are watching

Our currency is the
Digital Health Point ($DHP)

DHP is a utility and payment token compliant with the Swiss Financial Market Supervisory Authority (FINMA) regulations for crypto-currencies. Transaction fees on the dHealth Network are paid in DHP.

DHP has a fixed maximum supply of 2 billion tokens. At public chain release, the supply consists of 1 billion DHP and another billion will be created as Blockrewards over the period of 10 epochs. The Innovation Fund consists of 400 million DHP that will be gradually awarded to projects over the whole inflation period. A total of 10% DHP will be distributed through tokens sales. To increase the initial user base and as an appreciation of the NEM Foundation’s support 10% of the DHP supply will be airdropped onto the NEM community. The founders’ and team reward amounts to 8% (160 million). As a reserve, 1% of DHP (20 million) will remain with the Foundation, e.g for running Voting Nodes. Roughly 1% of the total token supply was given to early contributors. These DHP tokens constitute 30% of the total DHP supply as the circulating supply at the start of the dHealth Network.Another 1 billion DHP will be created as staking rewards over time. The staking rewards are comparable to mining rewards. dHealth Network rewards will be released to each block creator but based on a POS+ (Proof of Stake+) system.

The dHealth Network is a self-sustaining economic ecosystem involving DHP token holders, node operators, and organizations that are applying use-cases. In this way, it’s similar to many decentralized blockchains, but there are important differences that make it easier for anyone to earn rewards. An initial DHP token distribution is achieved by allocating DHP via Airdrop to the NEM community, DHP sale, and early supporters as well as team members. The DHP holders can sell and buy DHP via decentralized and centralized exchanges. Supernodes and their operators secure and enable the dHealth Network and its use cases in which individuals and organizations holding DHP are participating. Supernodes receive Block Rewards for creating new blocks and transaction fees and distribute it to the DHP holders that staked on the Supernode. Supernode operators can deduct a fee from the rewards and fees. The Innovation Fund has an initial supply of 400 million DHP and is also fed by fees from the Block Reward. A maximum of 40 million DHP is allocated per epoch from to the Innovation Fund to support Use Cases that generate transactions on the dHealth Network. 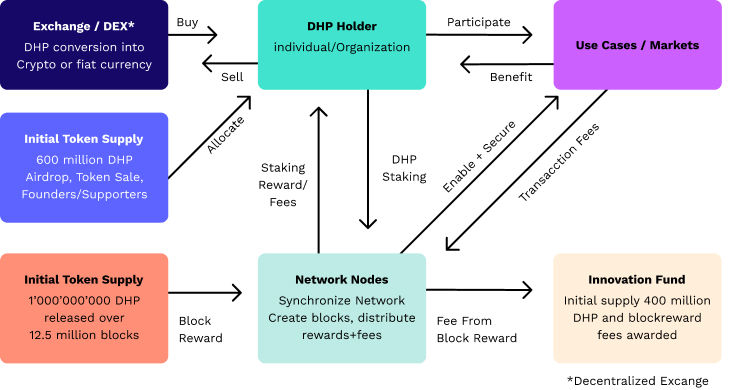 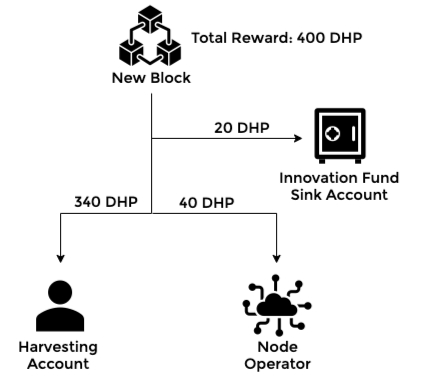 DHP owners who don’t operate nodes can also earn block rewards by delegating their stake to a node. Holders who delegate their stake retain full ownership of their DHP and never expose their private keys. When delegated harvesters earn a block reward, the node operator who processed it earns 10% and the delegated harvester earns 90%. This is the default setting that can be modified for each node by the respective node operator. In this way, a node operator can increase their earned rewards, and all holders can participate in rewards whether or not they run a node.

To summarize, node operators will earn income in DHP from block rewards (inflation + transaction fees) based on their own stakes and a 10% share of delegated stake block rewards.

The value of the DHP will be determined by the market, i.e. demand and supply.

Components made
for plug n’ play

Not just a community, but a
Real Family around the globe. 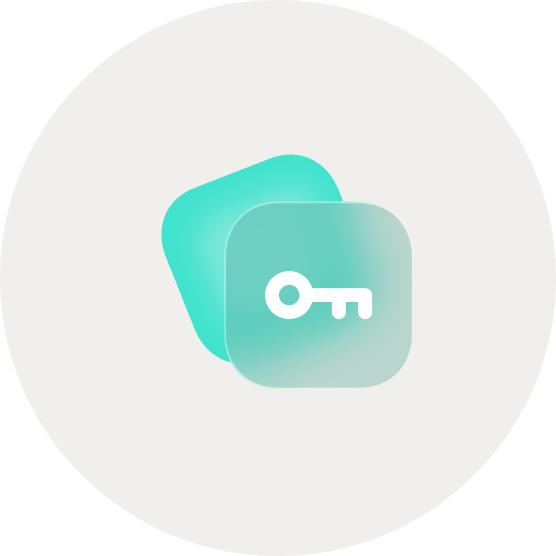 Not just a community, but a
Real Family around the globe.